Enter to Win any number of prizes: a Kindle Fire HD, $25.00 eGift Card + other prizes! This giveaway is part of the Book Blitz organized by Xpresso Book Tours! 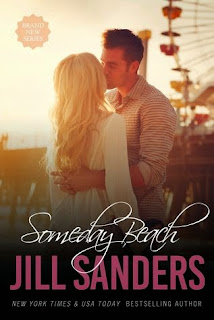 Shelly has always dreamed of going back to Surf Breeze. When she finally sets out on her own and buys a run down building along the popular boardwalk, she hires a sexy, but annoying contractor to help her turn it into her dream boutique. What she hadn’t counted on was finding herself slowly changing with her surroundings. Fighting against an overbearing family, she’ll learn to not only follow her own dreams, but stand up for something she believes in.
Marcus has been waiting his whole life for a woman who could see through the horrors he’d been through as a child, and the humor he uses to mask it all. Now that he found her, he’s not quite sure what comes next.


“You’ve got a nice space here.” He looked out at her view. The boardwalk was below them and he watched for a moment as people strolled by. Beyond that was a long strip of beach and then the emerald water. It was a calm day and barely any waves rippled the water, which made it look green for as far as the eye could see.

He turned towards her and noticed that some soft strands of her blonde hair had fallen around her face. She had either forgotten to put on makeup that morning or had very little on. Her skin looked so soft, he itched to reach out and touch it. His eyes roamed over her and he couldn’t deny the sudden and powerful tug he got from looking at her curves. She was taller than most women he’d dated. He gauged her height around five-eight. The old jeans she was wearing were snug in all the right places, making him wish he could run his hands over those long legs.

When she turned her eyes towards him, catching him in his assessment of her, he couldn’t stop the smile. 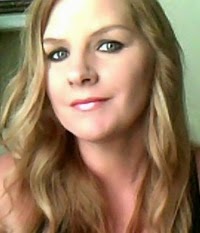 Jill Sanders is the New York Times and USA Today bestselling author of the Pride Series, Secret Series and West Series romance novels. Having sold over 150,000 books within 6 months of her first release, she continues to lure new readers with her sweet and sexy stories. Her books are available in every English speaking country, audiobooks, and are now being translated to 6 different languages.

Born as an identical twin to a large family, she was raised in the Pacific Northwest, later relocating to Colorado for college and a successful IT career before discovering her talent as a writer. She now makes her home along the emerald cost in Florida where she enjoys the beach, hiking, swimming, wine-tasting, and of course writing.