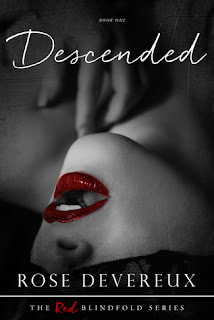 “When he said he wasn’t like other men, I should have believed him…”

It’s Sophie Quinn’s chance to make a name for herself. Her assignment: interview investor Marc Brayden, descendant of the most notorious sadist in history, the Marquis de Sade. Her mistake: falling hopelessly, obsessively in love.

Marc is mind-blowingly sexy, but determined to stay away from Sophie. She brings out powerful dominant urges that are dangerous to them both. But when he loses control, the pleasure is more than either of them can resist.

Sophie shut down her heart after too much betrayal and loss. Now she’s thousands of miles from home and under Marc’s spell. What is he hiding? Why do his desires torment him? Torn between love and the truth, she resolves to learn everything she can about Marc’s cryptic past, even if she risks losing him forever.

It was dawn.  The night had passed, and I’d made my decision.

No more pain.  No more love.  No more Marc Brayden.

But the truth was, Marc had made the decision for me.  He had all the power, and I had none.  He’d obsessed me, addicted me, changed me.  He’d affected me too much, and that was what he couldn’t tolerate.

I was becoming a creation from his darkest fantasies.  He’d decided to save me by tearing me apart.

Five hours had passed since I’d left the hotel suite where he’d collared and tamed me.  I’d been his maid, his slave, and his slut.  Now I was his cast-off, all because I’d dared to ask questions.  Because I’d dared to feel something.

If I’d learned anything from Marc, it was that feeling was weakness.  From now on, I’d be numb and in control, just like he was.  It was a hard lesson, but I’d carry it through the rest of my life.

Though the sky was growing brighter, I couldn’t sleep.  I took quiet, shallow breaths and listened for footsteps.  Any moment now, the front door would click open and Marc would crawl into bed beside me.  I could feel him.  I could taste his kiss and feel him stretching me open as his dark voice mesmerized me and I gushed with excitement.

Give up, Sophie.  He’s not coming.  He won’t come until he knows you’re long gone.

I clenched my fists as my last hope died in the light of morning.

I’d been burned, but I would not break.  I knew from experience how to walk through hell.  Put one foot in front of the other until it became automatic.  Switch on my primitive brain and move forward.  If I kept it up long enough, I might get lucky and never feel anything again.

Throwing back the duvet, I went straight to the shower.  By the time I was done, there’d be no trace of Marc but the raw battle scar across my heart.

As hot water seared my skin, I scoured away his intoxicating scent and washed my hair three times.  Leaning my hands against the marble tile, I dropped my head, shut my eyes, and let the water pour over my back.

He was gone, and I was glad.  Now there was nothing to be ashamed of, no questions, no fear.  I had my old life back.  I’d be grateful for it even if I couldn’t stop the tears from flowing or the sobs from choking my throat.

I gasped as powerful hands locked around my wrists.  I tried to turn around but I was pinned to the wall.

Naked.  Helpless.  As furious as I’d ever been.

He was here.  And I hated him.

I felt his drenched wool suit against my back as he immobilized me with his powerful body.  His leather wingtips squeaked against the shower floor and his sodden jacket was heavy against my arm.

“You don’t know anything about me,” I snapped, struggling against him.  “If you did, you wouldn’t be here.”

“You forget I own this apartment,” he growled.

Keeping me restrained with his chest, he stripped off his suit jacket and dropped it to the tile.  I jammed an elbow into his ribs but he didn’t move.  He was a concrete wall, and I was stupid to even try.  Not that I was about to give up.

“Listen to me,” he hissed in my ear.  I heard buttons tinkling to the floor as he tore his shirt open.  His heartbeat thundered into my back as he pressed his hot, hard torso into me.

“Then I’ll make you,” he said, opening his zipper.

She loves animals, sleeping late, champagne, and alpha males. She lives in sin with her boyfriend and two cats in Boston and New Hampshire.