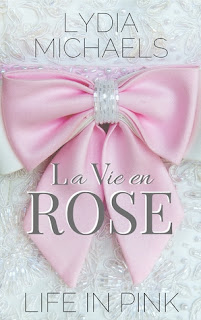 
Emma Sanders has always dreamt of being a bride, wearing fancy gowns, pretty pearls, and—of course—falling madly in love. Then life happened. Finding herself one fiancé short of her happily ever after, she leaves the fairytales behind. Some days are simply too perilous for pink gowns and pearls.

Riley Lockhart is the sort of man who can make a woman lower her gaze with only a smile. That he doesn’t realize his charm makes him all the more enchanting. Determined to save Emma the pain of her breakup, he steps in as a friend, but soon finds himself wanting more.
She was just a girl, but she somehow winds up being the strongest woman he’s ever known. Losing her is not an option and when life can’t be tied neatly in a pretty little bow, he holds tight to all that he loves—his Emma. His hero.

Sometimes the greatest scars are worn on the inside. 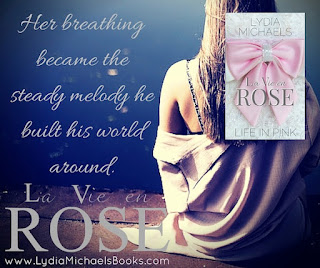 Riley’s lips twitched as soft ebony curls ghosted over his bare stomach, lower and lower, tickling his hips and teasing that tight strip of flesh just below his bellybutton. A deep, satisfied growl rumbled in his chest like distant thunder as anticipation teetered on impatience—but it was a good, burning sort of anticipation. Holy fuck, was it good. Stretching, he gave Curls the access she needed and—

“So I’m thinking we’re going to settle on coral with deep navy blue accents for the main theme. That should compliment the nautical look Becket wants.”

Why was his roommate’s voice in his dream?

Shaking off the distraction, his palm lowered, fingers gently knotting in the satin ringlets to better direct the ebony waves going down on him. His body hardened as soft kisses teased his happy trail and she got to work. Yes…

Rolling his shoulders, he stretched his hips and drew in a slow breath. Heaven. The first true sensation of tongue-to-tip had his toes pointing as the heat of her pouty lips—

“Whatever you want, toots. It’s your day.”

Oh God, no! What the hell was his sister doing in his dream? Get out, Rarity! Get out!

The ethereal weight of the dark haired woman’s touch faded. No, no, no!

There was a soft girlie sigh. “I can’t believe it’s actually happening. I’m going to be Mrs. Becket Grayson.”

The loft used to be a sanctuary. The day Emma got engaged their living situation took a turn for the worse as girlie crap slowly corroded every square inch of his life—even his fantasies. Passing out on the couch was a dangerous gamble, leaving him widely susceptible to wedding babble bullshit when he could’ve been enjoying some nice fantasy head.

“Will I be wearing coral or navy?” his sister asked then mumbled, “Say navy. Say navy.”

Emma did that tiny chirp she claimed was a laugh. “You can wear navy, but there’s nothing wrong with coral.”

“You know how I feel about pink,” Rarity reminded.

Rarity groaned with resignation. She’d always be the brother he never had. “Fine, but Lexi’s wearing a tux.”

“Look at these carnation balls I found in this issue of I Do. My florist can make them in the coral.”

It was as if he were invisible. They just kept yapping and yapping.

“They look pink to me,” Rarity said.

He growled obnoxiously. “That’s it! Do you two mind? I’m trying to sleep!” And I lost fantasy girl!

A throw pillow smacked him in the face. “Then don’t use the couch as your bed, dumbass. It’s noon. Go to your own room if you want quiet,” his sister snapped.

“Sorry, Riley. We’ll be more quiet,” Emma apologized then whispered, “We could use navy ribbons to hang the balls off the white chairs we’re renting for the ceremony.”

Their loft was spacious. Did they have to stage these womanly talks right on top of him? They could have at least moved to the kitchen ten feet away—or better yet, parked this prenuptial symposium all the way down the hall in Emma’s freaking room.

The wedding plans carried on ceaselessly, as they had since Becket proposed to Emma six months ago, and Riley once again considered how much happier he’d be renting his own place. Sharing a loft with two girls, one being his sister, hadn’t been a bad setup until that damn ring and all those girlie magazines came along. Before the dawn of the bridal apocalypse everything was kosher.

They lived in the hipster section on the posh Upper West Side of New York. He liked his home, loved the industrial feel and the exposed brick walls. The raw space, exposed ductwork and battered moldings were just aged enough to qualify as vintage. Splitting the rent three ways afforded them some square footage, but things were getting a little cramped lately, with Emma’s new obsessions.

His sister, Rarity, exhibited a tolerance for girlie crap that surprised him. Rarity was seriously chill, like a pretty guy that peed sitting down. She didn’t cry or squeal like a valley girl or do that needy drama shit girls tended to do. She was easily the coolest chick he’d ever met. And being that she was a lesbian, they had plenty of shared interests.

Never giving a damn about clothes or purses, Rarity appreciated the finer things in life, like good beer, decent music, a nice set of tits, and red meat. Her unarguable beauty and confidence pulled men in from miles away. And for years he enjoyed watching his little sister turn every last one down. She was his best friend and Emma was hers.

The only girlie thing Rarity couldn’t live without, apparently, was Emma.

Rarity was uniquely striking, with dark shorn hair and high arched brows, but it was her dry wit and endless sarcasm that could make any man second-guess his worth—a neat parlor trick to watch. Emma, on the other hand, was compassionate with soft blonde curls, dimpled cheeks, and eyes that pathologically betrayed her, eyes too full of innocence to hide her inexperience.

Emma was the quiet, sweet type that never got in the way. But lately she’d really cranked up the fem-meter and was driving him insane—which made him a horrible person, because he was going to shoot her if she didn’t shut the hell up.

All this wedding talk had to be getting to his sister. Riley was ready to duct tape Emma’s mouth shut. How in depth could a discussion about linen be? The texture, the hues in natural light versus candlelight, the thread count—bullshit conversations like that went on for days. He was amazed Rarity hadn’t reached her limit and freaked yet.

“I can’t wait until my dress gets here!” Emma announced, clapping like an excited child. “I’m dying to try it on.”

Riley groaned. It was as though no one could see him at all. Screwing his eyes shut and jamming a pillow over his ear did nothing to drown out her voice. So much for dream sex.

“You already tried it on,” Rarity said.

“That was in the store. Once I get it to the loft, I’ll be able to really appreciate it. Then, when you get your dress, we can try them on together. It’ll be so much fun!”

The doorbell buzzed and Emma screeched—literally screeched. “It’s here!” The chair skidded against the hardwood floors as she catapulted out of her seat.

Yeah, he wasn’t going back to sleep.

Groaning, he twisted and cracked open his lids as she sprinted down the hall toward the main entrance. Craning his neck in the direction of the chair, he peeked at Rarity, who wore a disinterested expression as she paged through a wedding magazine.

“There’s something wrong with her,” he grumbled.

“This isn’t going to stop until she gets married, is it?”

“We have nine more months of this and the closer we get the worse she’s going to be.”

Shifting, he sat up and frowned at his sister. “You’re surprisingly calm.”

“She’s my closest friend and she really wants me to be a part of this. I can do the maid of honor thing as long as she doesn’t expect me to throw her some hideously pink party where girls drink cosmos and act like prissy hyenas, while being the pole for some male stripper to rub his scabies all over.”

She sighed and turned the page. “Plus, I smoked a fat joint the second she pulled out the wedding binder. You could probably cut my leg off right now and I wouldn’t put up much of a fight.”

“Nice.” He stared at the front door waiting for Emma to come racing inside at any second carrying the legendary dress. “She’s not gonna walk around in a wedding dress for the next nine months, is she?”
Rarity shut the magazine and tossed it on the table. “Don’t let her hear you call it a dress. It’s a gown. I’ve been corrected twice. And I have no idea. I wasn’t born with the bride gene. None of this shit makes sense to me.”

At least he wasn’t alone. Rubbing a hand over his jaw he yawned. “You’re bringing Lexi to the wedding?”

“You realize Mom and Dad will probably be invited.”

“What makes you so sure?” 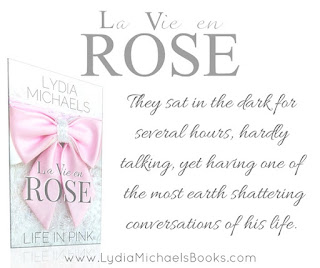 Lydia Michaels is the award winning author of 23 romance novels. Her novels from the darkly compelling Surrender Trilogy were iBooks Bestsellers and her work has been featured in USA Today.

In 2015 she was the winner of The Best of Bucks Award and she has been nominated as Best Author in the Happenings Magazine two years running [2015 & 2016]. She is a four time nominee for the prestigious RONE Award. Her books are intellectual, emotional, haunting, always centered around love. Lydia Michaels loves to hear from readers! She can be contacted by email at Lydia@LydiaMichaelsBooks.com