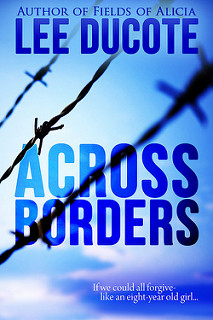 In Across Borders, Lawson Caine, a seasoned Border Patrol agent, is stationed in Presidio Texas with legendary lawman Capt. James Garrett. Lawson, who is from a long linage of lawmen, has gained the respect and reverence from his team, Dale Chanson, Terry Bennet, and the crazy member, Alex Sweeny.

Lawson never expected anything to come between his dedication with the Border Patrol and his brotherhood with Sweeny until he meets local pharmacy owner, Lia Gonzales. Against her father’s wishes Lia continues to see Lawson not realizing the inevitable consequences.

In this story of protecting others on the border and the heartache of relationships you will find yourself in the lives of those who have sworn to uphold the law, no matter the cost.

Across Borders Cast
by Lee DuCote 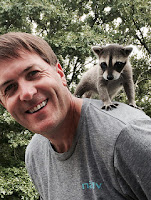 Well, I am a husband and father. We always have a house full of teens and college students, mostly Young Life kids. I love the outdoors, hiking, kayaking, stand up paddling, fishing, you know "man stuff" but I'm a sucker for chick flicks.

I wrote Fields of Alicia, Waterproof, Across Borders, and the series Micah and have several other novels finished and in the making. And, yes, I am a raccoon lover, check out Tucker on my social media.