★ Guest Post ★ by Marybeth Mayhew Whalen — Bestselling Author of THE THINGS WE WISH WERE TRUE!

We're so excited to welcome bestselling author Marybeth Mayhew Whalen as a guest poster on our site today!

She's sharing her take on a dream cast should her hit novel, The Things We Wish Were True, make it to the big screen! What do you think of this cast? Would you go see it?

And don't miss our review of the book posted here. 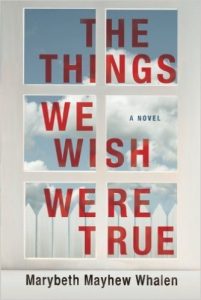 In an idyllic small-town neighborhood, a near tragedy triggers a series of dark revelations.

From the outside, Sycamore Glen, North Carolina, might look like the perfect all-American neighborhood. But behind the white picket fences lies a web of secrets that reach from house to house.

Up and down the streets, neighbors quietly bear the weight of their own pasts—until an accident at the community pool upsets the delicate equilibrium. And when tragic circumstances compel a woman to return to Sycamore Glen after years of self-imposed banishment, the tangle of the neighbors’ intertwined lives begins to unravel.

During the course of a sweltering summer, long-buried secrets are revealed, and the neighbors learn that it’s impossible to really know those closest to us. But is it impossible to love and forgive them?

“With skill and compassion, Marybeth Whalen digs beneath the surface of a quiet suburban neighborhood to reveal its darker secret side. Full of unexpected twists and sympathetic, relatable characters, The Things We Wish Were True is both surprising and heartwarming and it’s sure to have you examining your own peaceful neighborhood with new eyes.” —Diane Chamberlain, USA Today bestselling author of Pretending to Dance


The Things We Wish Were True!

For this particular story, I’ve got six main characters, all with speaking roles, as it were. All with storylines and personalities and agendas. So to cast them all as real live people exactly as they existed in my head? That’s not easy. So after much thought, here’s the closest I can get to a casting call for my novel: 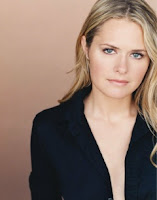 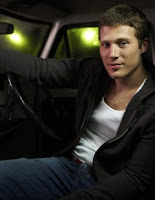 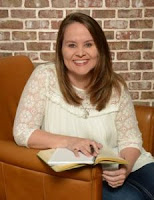 Marybeth Mayhew Whalen is the author of five previous novels and speaks to women’s groups around the United States. She is the cofounder of the popular women’s fiction site She Reads and is active in a local writers’ group.

Marybeth and her husband, Curt, have been married for twenty-four years and are the parents of six children, ranging from young adult to elementary age. The family lives in North Carolina.

Marybeth spends most of her time in the grocery store but occasionally escapes long enough to scribble some words. She is always at work on her next novel.