ONCE UPON A LIE by Michael French! ★ Book Review ★ 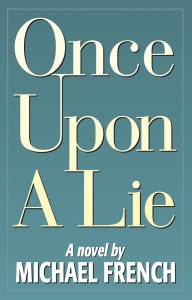 ONCE UPON A LIE
by Michael French

Once Upon A Lie is about two strangers who become unlikely friends, only to unintentionally put each other’s life in jeopardy.

Jaleel Robeson, a gifted, eighteen year-old black man, falsely accused of murdering his father in a small Texas town, is on the run. He assumes a new identity in 1980s Los Angeles as a successful student on his way to college.

Alexandra Baten, a restless sixteen year old white girl, lives in a privileged Toluca Lake family but feels trapped by her parents’ values. One weekend, she rides her bike into a run down neighborhood, meeting a young black man selling lemonade. Thus begins a friendship between opposites, at least on the surface, but they learn they have more in common than they imagine.

Told from each character’s point of view in alternating chapters, we become involved in a gripping tale of two Americas, where discontent and violence always lurk under the surface. When they erupt, no one is safe.

Once Upon A Lie is both a family drama and a crime drama, as well as an exploration of interracial love, mother-daughter relationships, and redemption through courage.

ONCE UPON A LIE!

Engrossing, shocking and riveting. These are the key elements of a book that keep you turning the pages of a book at lightening speed and these are the qualities that I look for in a GOOD book. Once Upon A Lie had all of that and more!!

I fell in love with Jaleel from the get go. My heart broke for him and I was his cheerleader from the very beginning. Alex was a compelling character that I saw many good qualities in. Their chance meeting one afternoon on the side of the road and the way their relationship grew had me engaged and interested the whole book through.

The twists and turns of this story had me shocked and frustrated at times and also left me feeling proud for the characters with some of the decisions they made. They really came alive for me through the author's writing.

This is my first book by this author and it won't be my last. The fast paced story mixed with compelling dialogue was what I look for in a good book! I'm anxious to try my hand at other French books. I hope they are all as good as Once Upon A Lie!

Connect with the Characters! 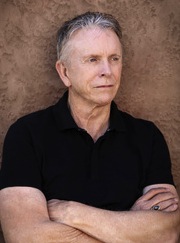 Michael R. French graduated from Stanford University where he was an English major, focusing on creative writing, and studied under Wallace Stegner. He received a Master’s degree in journalism from Northwestern University. He later served in the United States Army before marrying Patricia Goodkind, an educator and entrepreneur, and starting a family.

In addition to publishing over twenty titles, including award-winning young adult fiction, adult fiction, biographies ad self-help books, he has written or co-written a half-dozen screenplays, including Intersection, which has won awards in over twenty film festivals. He has also had a long business career in real estate, living in Santa Fe, New Mexico. His passions include travel, collecting rare books, and hanging with friends and family. He describes his worst traits as impatience and saying “no” too quickly; his best are curiosity, taking risks, and learning from failure.