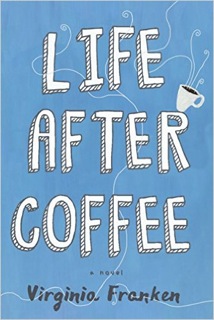 Last week, high-powered coffee buyer Amy O’Hara was trekking through the Ethiopian cloud forest on the verge of a discovery that could save the coffee bean from extinction. This week, she’s unexpectedly fired.

Suddenly Amy’s days are no longer filled with meetings and upscale tastings, but with put-together PTA moms, puke-ridden playdates, and dirty dishes. Her husband has locked himself in the garage in order to write the Great American Screenplay, while both kids are steaming mad at her because she insists on dressing them like normal people and won’t give up sending them to school with healthy lunches.

It’s becoming clear that Amy may just be the world’s most incompetent mother, and she’s beginning to wonder if the only thing she’s good for is bringing home the bacon. When salvation appears in the form of a movie-mogul ex-boyfriend who wants to employ her husband and rekindle their relationship, Amy starts to find she’s sorely tempted…

One thing is certain: whatever happens, she’s going to need a lot more caffeine.

“I laughed, I cried, I wanted to shake Amy and then I wanted to hug her. So clever, so witty and so real. What a debut!” —Georgina Dent, Goodreads Reviewer

Amy is the primary bread winner as a coffee buyer who spends weeks, and sometimes months, away from her husband and two children, ages three and five.

She has never really taken care of her children, and even though she loves them, she really doesn't know them; her marriage is also a little strained.

Then Amy loses her job and there are very little positions like hers around. Her husband Peter decides to rekindle his career as a screenplay writer. He is a talented writer but difficult to work with. He asks Amy to get in touch with her ex-boyfriend who runs a successful production company and he signs Peter on.

At the same time Amy has to learn how to be a full-time mother! She has no clue how to handle her children and makes many faux pas. This is a bit comical, that she has no maternal instincts.

So now Amy is playing house, Peter is working, and Amy has her ex-boyfriend chasing after her—all while she is also trying to find another job.

There are a great many things going on is this book and it's entertaining! In the end, does Amy work out her life? Is she able to maintain her family? You'll just have to read this book to find out if she does it!

I was given this book by the author for review. I would read another book by her.

Casting Call for Life After Coffee!

If any author ever tells you they’ve never imagined their book becoming a film, you’d better jump quickly to the side before their rapidly growing nose pokes yer eye out. Very few authors ever get their novel made into a movie but still, they can’t stop us from dreaming? Right!

So just in case Hollywood comes a-calling, I thought I’d better get my dream cast all lined up in advance.

Let’s start with our heroine, Amy. The breadwinning, gritty mom who loves her job almost as much as she loves her kids - but who’s been known to make one or two low-percentage choices. Reece Witherspoon’s done a few films recently playing heroines who are messy and flawed, yet brave. I’m thinking “Strayed.” She’s also very well-suited to playing women made of strong, strong stuff – think, “Walk the Line.” But of course our beloved Reece also has the comedy chops to pull off Amy’s goofy, sassy style with complete grace. We will never forget her as Elle Woods in “Legally Blonde.” Plus, we all love Reece!

Next up, Amy’s husband, Peter, the struggling screenwriter/stay-at-home Dad who’s happy to don The Apron and fry up the bacon that Amy just bought home. We need someone smart, gorgeous, kind-hearted with a bit of an edge. A complex dude who’s up for a bit of a brooding and who also looks great with a big ole’ beard. I present to you Jay Duplass of “Transparent.” 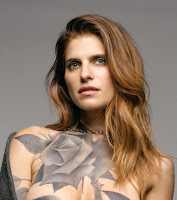 And how about Jasmine? Amy’s beautiful, but judgmental and slightly terrifying nemesis. It’s got to be Lake Bell. I’m sure she’s a sweetie pie in real life, but this one looks like she’d be very comfortable wearing The Meany Pants when needed. Plus, did you ever see her telling off Alec Baldwin in “It’s Complicated?” Girl can throw it down. 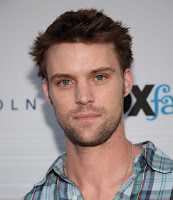 For Matt Colburn, Amy’s super-successful ex, let’s line up Jesse Spencer. Matt’s a bit delicious, totally arrogant, super charismatic. The kind of guy who could easily lead a devoted wife-and-mother astray... I think Jesse would nail it. He’s already melted our hearts in “Chicago Fire” and “House,” but I think we’re all more than ready to see Jesse on the big screen. 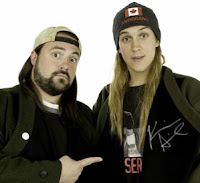 And of course, this casting list wouldn’t be complete without a Gen-X style shout out to Jay and Silent Bob. Jay Jones and Bob McLeod interview Amy for a new job (spoiler alert: forces beyond her control mean that the interview falls apart in the worst way possible). Jay Jones is tall and blond and Bob’s a little “on the dumpy side,” but even so these two clueless dudes have no idea what she’s talking about when she brings up their doppelgangers Jay and Silent Bob.

Virginia Franken was born and raised in the United Kingdom. She graduated from the University of Roehampton in London with a degree in dance, and worked on cruise liners as a professional dancer before changing tracks to pursue a career in publishing.

Franken currently lives in suburban Los Angeles with two kids, a dog, an overweight goldfish, and one bearded dude, in a house that’s just a little too small to fit everyone in comfortably. She gets most of her writing done when she should be sleeping.

This is her first novel.