The authors cast their characters!

The second in the "seriously sexy and sinfully steamy" Chasing Fire series, about a pain too deep to forgive and a passion too hot to forget...

Alessandra Sinclair knows that Hudson Chase is the last man she should want. The boy from the wrong side of the tracks has grown into a man who would do anything to get ahead, even if it means breaking Allie's heart. But whenever she's near him, the attraction between them is undeniable. And now that they're working together, keeping her distance from Hudson is almost as impossible as keeping her feelings in check...

Hudson already lost Allie once and he refuses to lose her again. He's determined to use their new business partnership to rekindle the spark he knows is still there. Only the closer he gets to winning her over, the clearer it becomes there are still secrets that could tear them apart for good...

Hudson Chase
Age: 29
Eyes: blue
Hair: unruly dark brown waves
Occupation: CEO, Chase Industries
“Tell me you what you want,” he said, his voice tight with restraint. A second later the blindfold lifted away. “Open your eyes and tell me that you want me.” 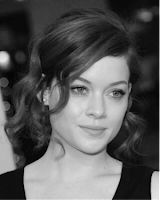 Harper Hayes
Age: 25
Eyes: green
Hair: red
Occupation: Assistant Director of Fundraising, Better Start
“What are friends for if not to binge on Chinese food and borrow your designer handbags?”

Nick Chase
Age: 22
Eyes: brown
Hair: unruly dark brown waves
Occupation: None
“Yo, dude, you have eighty rooms in this joint. Get one.”

Julian Laurent
Age: 32
Eyes: Green
Hair: Light Brown
Occupation: Sole heir to the Laurent family fortune
"They’d find more than just this skeleton if they start to dig,” he said. His words reeked of condescension. “The brother alone could fill an entire tabloid.”

Though thousands of miles apart, Ann Marie Walker and Amy K. Rogers are in constant contact, plotting story lines and chatting about their love of alpha males, lemon drop martinis and British supermodel, David Gandy. You can find them on Twitter as @AnnMarie_Walker and @Amy_KRogers. 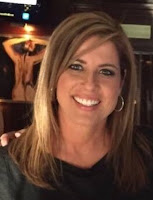