The dead of winter.
An isolated island off the coast of Maine.
A man.
A woman.
A sinister house looming over the sea ...

But she's not laughing now. When she was a teenager, he terrified her. Now they're trapped together on a snowy island off the coast of Maine. Is he the villain she remembers or has he changed? Her head says no. Her heart says yes.

It's going to be a long, hot winter.


Exclusive Excerpt of HEROES ARE MY WEAKNESS!

Annie hadn’t thought she’d ever be warm again, but she was sweating when a coughing fit awakened her sometime around two in the morning. Her ribs felt as if they’d been crushed, her head pounded, and her throat was raw. She also had to pee, another setback in a house with no water. When the coughing finally eased, she struggled out from under the blankets. Wrapped in the scarlet cloak, she turned on the flashlight and, grabbing the wall to support herself, made her way to the bathroom.

She kept the flashlight pointed down so she couldn’t see her reflection in the mirror that hung over the old-fashioned sink. She knew what she’d see. A long, pale face shadowed by illness; a sharply pointed chin; big, hazel eyes; and a runaway mane of light brown hair that kinked and curled wherever it wanted. She had a face children liked, but that most men found quirky instead of seductive. Her hair and face came from her unknown father¾“A married man. He wanted nothing to do with you. Dead now, thank God.” Her shape came from Mariah: tall, thin, with knobby wrists and elbows, big feet, and long-fingered hands.

“To be a successful actress, you need to be either exceptionally beautiful or exceptionally talented,” Mariah had said. “You’re pretty enough, Antoinette, and you’re a talented mimic, but we have to be realistic…”

Your mother wasn’t exactly your cheerleader. Dilly stated the obvious.

I’ll be your cheerleader, Peter proclaimed. I’ll take care of you and love you forever.

Peter’s heroic proclamations usually made Annie smile, but tonight she could think only of the emotional chasm between the men she’d chosen to give her heart to and the fictional heroes she loved.  And the other chasm¾the one between the life she’d imagined for herself and the one she was living.

Despite Mariah’s objections, Annie had gotten her degree in theater arts and spent the next ten years plodding to auditions. She’d done showcases, community theater, and even landed a few character roles in off-off Broadway plays. Too few. Over the past summer, she’d finally faced the truth that Mariah was right. Annie was a better ventriloquist than she’d ever be an actress. Which left her absolutely nowhere. 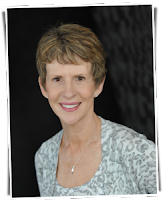