When June Warner arrives in India to visit her sister Thalia, a trip to take her mind off her jilted engagement, she is greeted by the bright hot chaos of Mumbai but not her sister. She goes to the YMCA where Thalia is staying, only to find that she is not there.

Convinced that Thalia is in danger, June begins a desperate search for her younger sister.

Police Commissioner Oscar D'Costa, scarred by the tragedies of his past, swears he will never again ignore his gut instinct when it comes to a missing girl. And with more and more dead foreign women being found in his precinct, he becomes convinced a conspiracy is at play.

Through the 2 worlds (chaos and beauty) of India, they must find the girl who went missing.

He slipped his fingers inside the envelope and grimaced at the cold skin.
Could this be all that was left of her? The last time he touched her she had been warm, wet and very responsive. She had brought this on herself, the stupid girl. But he, too, had been careless. He had allowed himself to take a chance. She had been so sweet and docile—except in bed. Then she had been ardent and insatiable, a woman who truly enjoyed sex.
Until he met her, he had been content with his usual method of seeking out foreign women looking for a bit of fun. He trolled the swimming pools of the fancier hotels, where it was easy to spot the single women stretched out on chaise longues. He knew he was good looking, knew, too, that many were eager to have a holiday romance with an Indian man. He could converse with them as equals, because unlike so many of his countrymen, he wasn’t uncomfortable around women. He had traveled, he spoke perfect English, which meant that all he had to do was make eye contact, say something witty or quaint, and proceed from there.
She had approached him, and perhaps that was why he had departed from his usual practice of being in charge from the beginning. He liked to pick the girl, liked to choose the pace at which to proceed. He had been drinking a cup of tea at a café near the University of Mumbai, when she had walked over and spoken to him.
“May I share your table?”
He had looked up to see smiling green eyes, and red hair framing a beautiful face. The café was crowded, but she told him afterwards that she could have gone to another table. She had liked him, she said. But even so, he had assumed she would keep to her original plans, travel, then return to Mumbai where they could meet up again. But she got carried away with their romance, insisting that she did not want to be away from him. At first his vanity had been flattered. Then, as they continued to meet, she grew demanding. She wanted to have dinner every night, wanted to see his flat. “I haven’t seen what Indians live in,” she had smiled at him. When he deliberately kept away from her for a few days, she arrived unannounced at his door. No woman had gotten this close to him before.
He knew he had to kill her when she told him she was sure he was up to no good, that she was going to call the police on him. 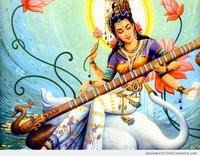 I adore travel and adventure and have lived, for years at a time, in both India and America, as well as other countries. I always wanted to be a writer, and was inspired by Helen MacInnes, who wrote spy thrillers set in various European countries. It sounded like such a marvelous life; travel during the summer to a new country, then spend the year writing about an adventure set in that country. I decided to use my knowledge of India to create stories filled with the colors and sounds of that magical country. But I also wanted my writing to have meaning, and so I decided to write a mystery series featuring Commissioner Oscar D’Costa, with each novel highlighting a pressing social issue. I want my readers to enjoy the read, but I also want them to learn something new.